Photo by Alvan Nee on Unsplash

Light fluffy fur, a short snout with a big dark nose, and little ears which are almost as wide as they are tall. Sounds cute, doesn’t it?

Teacup Pomeranians have long been one of the most popular dogs on the modern pet market, and it’s easy to see why. These little dogs are adorable, friendly, and come packed with boundless energy, making them perfect for owners from all sorts of different backgrounds.

Of course, though, a lot of people know very little about the Teacup Pomeranian, and it always makes sense to learn about an animal like a dog before you decide to get one. To solve this for you, we’re going to be exploring these happy dogs, giving you an idea of what makes them such a hit.

Where Do Teacup Pomeranians Come From?

Pomeranians get their name from the area they were first bred, like many different breeds of dog. Their ancestors were Spitz and Wolfspitz dogs, but they’ve only been around since around the 18th century. Queen Victoria had a great love for these animals, keeping one throughout much of her life.

While Teacup Pomeranians aren’t a distinct breed, with this name being given to a range of small Poms, these dogs have still had a lot of different names over the years. Pocket Pomeranians, Toy Pomeranians, and Teddy Bear Pomeranians are all great examples of this, and the last one should give you an idea of just how cute the little animals are.

How Large Do Teacup Pomeranians Get?

Using the word large to describe a Pomeranian seems a bit silly, with these dogs rarely outgrowing the average cat. These dogs will usually weigh between 1.36 and 1.81 kg, making them one of the smallest mainstream breeds on the pet market, while also making them incredibly easy to manage as pets.

For reference, a lot of cats will sit between 2 and 4 kg. Thanks to their small size, Pomeranians can be happy and healthy in a range of environments, from the grandest halls to the smallest of apartments, making them an excellent choice for those in the modern world. Photo by Alvan Nee on Unsplash

Despite their small size, Teacup Pomeranians are usually surprisingly intelligent. Owners will often remark that their little pom seems to be far more aware of its surroundings and the things happening around it than other dogs. This intelligence makes them easier to train, but will also mean that they need more attention, as their small brains need to be stimulated as much as possible.

These dogs tend to be nice and friendly, making them great with children. Their small size can make them excitable, though, and some people complain that their Teacup Pomeranian barks too much. Their energy and intelligence can make these dogs a handful, but this will only make them more of a joy to look after.

It’s never nice to think about the lifespan of your pets, but this is always worth considering when you’re planning your life around your dog. Teacup Pomeranians can live for longer than other dogs, thanks to their low weight and small size. When they are kept healthy, these dogs can live for up to around 15 years, and will only start to show signs of aging once they get to 7 - 12 years old. Giving your Pom enough exercise, good quality food, and plenty of time at the vet are all good ways to increase their lifespan.

Like other dog breeds, Teacup Pomeranians come in a wide variety of different colors and fur patterns. Some have been deliberately bred, while others have come about naturally, but we think they all look great. You can find some examples of the common colors you’ll find Teacup Pomeranians wearing.

White Coat - Pomeranians with a pure white coat fall into this category, with those who have other markings or colors in their fur falling into the other brackets in this list.

Red Coat - Red Teacup Pomeranians are one of the rarer types you’ll find on the pet market. With a bright red/dark orange coat, it’s hard to find dogs like this, and you’ll be very lucky if you come across one.

Orange Coat - Similar to the red coated Pomeranians, but far less rare, it’s easy to find orange Poms on the market, and their coats can be quite stunning.

Sable Coat - Sable Poms will usually have two different colors in their coat, with a lighter shade covering their legs and face, and the rest of their body bearing the darker fur. This pattern has long been one of the most popular for these dogs.

Cream Coat - It’s easy to mistake a cream Pom for a white one, though when placed side by side you will see the difference. These Poms won’t be perfectly white, but will still look bright in the sunshine.

Black Coat - As the name suggests, black Poms are black. They may have lighter markings on parts of their body, but their coat will largely be black, including their nose and eyes.

Chocolate Coat - Chocolate Poms can look similar to black ones, but will be a much lighter shade of brown. Some people say that Chocolate Poms will make a higher noise than their counterparts.

Thanks to their small size and energetic nature, it can be hard to make sure that you keep your Teacup Pomeranian safe once you’ve adopted them. Having them fall from your arms, standing or sitting on them, or having another dog get to them can be enough to kill a little dog like this, making it well worth thinking about the dangers they may face.

Their intelligence and awareness makes it easy for these dogs to get stressed. Loud noises and fast movement will make them feel on edge, and this makes it crucial that your family members are calm around dogs like this, even if they are young and excited about their new pet.

How Much Does A Teacup Pomeranian Cost? Photo by FLOUFFY on Unsplash

Teacup Pomeranians come in at a variety of different price points, usually demanding $500 to $4000, and there are a lot of factors which can influence this price. The exact breed and coloring dog will make a difference, and the type of breeder you see will also impact this side of your dog’s price.

Some breeders try to sell cross-bred puppies as Pomeranians. This makes it worth doing your research and going to trustworthy breeders, even if it costs more to take this approach. It’s hard to breed pure puppies, and this is what makes them so pricey.

While these dogs aren’t hypoallergenic, some people with allergies will find that these dogs are much kinder to them than other breeds. They don’t malt very much, and this makes it harder for their fur to irritate you. Those with mild allergies can usually live with these dogs without any problems, though it might be worth spending some time with someone else’s Pom before you take this leap.

Getting Your Own Teacup Pomeranian

Getting your hands on your own Teacup Pomeranian can be a challenging process. There are a lot of breeders out there, and they all offer something different with their dogs. It will always be worth reading reviews and meeting the breeders you’re thinking about using. Not only will this give you the chance to build some trust, but it will also show you that they are telling the truth about the animals they have on offer.

There are plenty of websites on the web which can help you to get your hands on the perfect Pom, and we’re sure that you’ll be happy once you do. 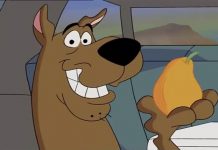 What Kind of Dog is Scooby Doo?